Healthspace is a general practice in New Plymouth run by two experienced Doctors. We have two nurses and a small team of reception/administrative staff.

We are two medical doctors who are passionate about seeing the body as a whole, empowering healthy choices and using nutritional and lifestyle strategies to achieve optimal health and wellness. 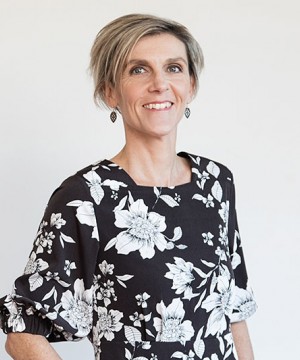 Dr Susan Oldfield completed her medical training in the UK at the University College London (UCL) obtaining a MBBS. After this, she completed her Diploma in Obstetrics and Gynaecology, and Diploma in Family Planning. She completed her GP training in the UK and is a Fellow of the Royal College of GPs. Part of her GP training involved working at Taranaki Base Hospital, working in the departments of Paediatrics, Obstetrics and Gynaecology and General medicine. She worked from 2000 to 2004 in the South of England in a few different GP practices and also in Family Planning clinics

She moved to NZ in 2004 and worked as a GP at CAREfirst until 2016. She completed her New Zealand GP qualification whilst there (FRNZCGP) She has worked as a GP locum in Taranaki over the last 2 to 3 years whilst working in her own Integrative practice. She has also recently spent 6 months in NSW working at a large integrative General Practice north of Sydney. It was here she gained considerable knowledge and experience in how practitioners of different disciplines can work together and integrate healthcare for each individual patient. She is also a Fellow of the Royal Australian College of General Practitioners.

Susan first set up her own integrative practice at the FEM clinic in 2012. She felt that combining conventional medicine with a more holistic approach offered more to the patient. Being able to utilise her knowledge of nutritional and herbal medicine and have longer consultations were also seen as major benefits. Susan and Carey set up Healthspace in 2019. Susan has had additional training in DUTCH testing, FITgenes, CBT,ACT and gut health. She enjoys seeing people to discuss hormonal issues, gut health as well as general health and well being.

Susan is married with 3 children. She enjoys spending her spare time with her family as well as playing competitive tennis, doing adventure races, running, biking, swimming, skiing and generally enjoying the NZ outdoors! Also with interests in travelling, cinema and the arts. She is currently studying Te Reo Maori.

Carey graduated from Auckland Medical School in 1992. She worked at Taranaki Base Hospital for three years where she completed post graduate diplomas in Obstetrics/Gynaecology and Paediatrics. Carey has been a GP since 1995. She initially worked in a small General Practice in Wellington, then moved back to New Plymouth and ran a small General Practice there from 1997 to 2002. From 2002 to 2014 she worked as a GP at CAREfirst.co. She is a fellow of the Royal New Zealand College of General Practitioners.

Carey is also a medical herbalist having obtained a post graduate diploma in Health Science (herbal medicine) at the University of New England, NSW, Australia. The diploma has a strong emphasis on evidence based herbal medicine as well as a focus on the traditional aspects of their use. Carey is a member of the NZ Association of Medical Herbalists.

In 2006, Carey started FEM Ltd, a part time private integrative medical clinic in New Plymouth. The demand increased to such an extent that in 2014, she started only working at FEM and has run this clinic up until mid 2018 when it was decided to set up Healthspace with Dr Sue Oldfield.

Areas of special interest over the last five to six years are: nutrigenomics, the gut microbiome, small intestinal bacterial overgrowth (SIBO), hormone therapy/integrative endocrinology and nutritional/herbal approaches to mental health. She is a ph360 coach, a VLA Quadscan practitioner, a certified FITgenes practitioner and has completed Biobalance training in mental health.

Prior to training in medicine, Carey completed a Masters degree in Physical Education and a BSc in Psychology from the University of Otago. She spent five years working in market research and academic research in Auckland before attending medical school.

Outside of medicine, Carey loves the outdoors and travel. She actively participates in orienteering, tramping, snowboarding, running and yoga.

Rach is our admin manager and also looks after all supplement orders, private testing orders as well as helping with patient enquiries and reception.

Carol is one of our registered nurses.

Emma is our nutritionist.

Rochelle is one of our registered nurses

Gill is one of our receptionists

Is one of our receptionists

Keeley is currently studying to be a nurse and in her spare time working as a HCA at Healthspace. She helps the nurses with administration and other nurse tasks.